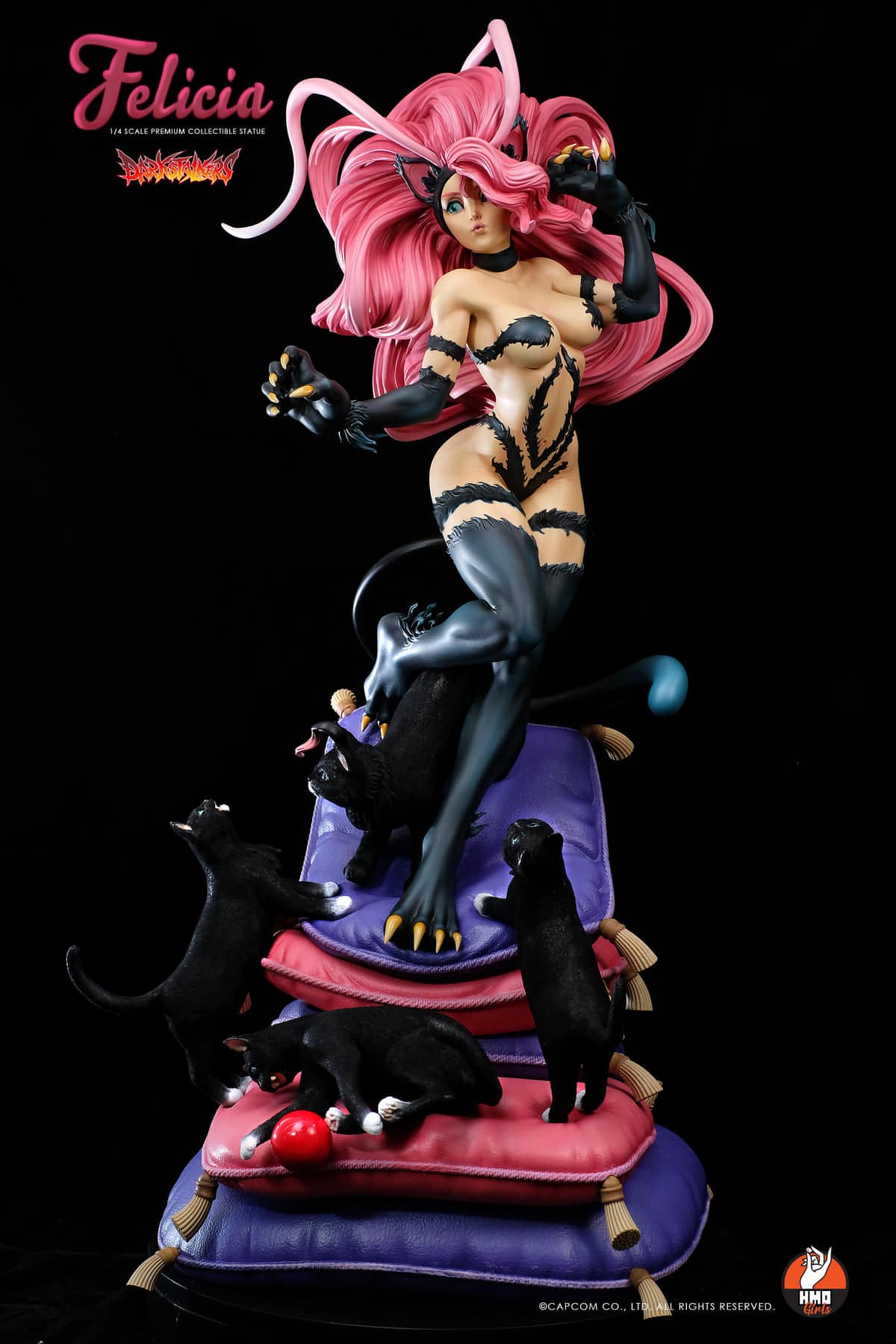 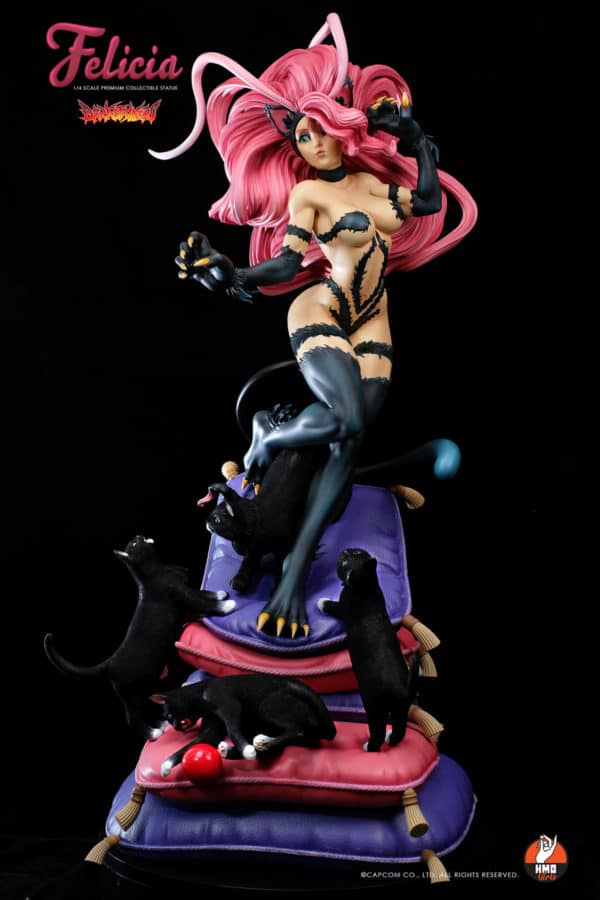 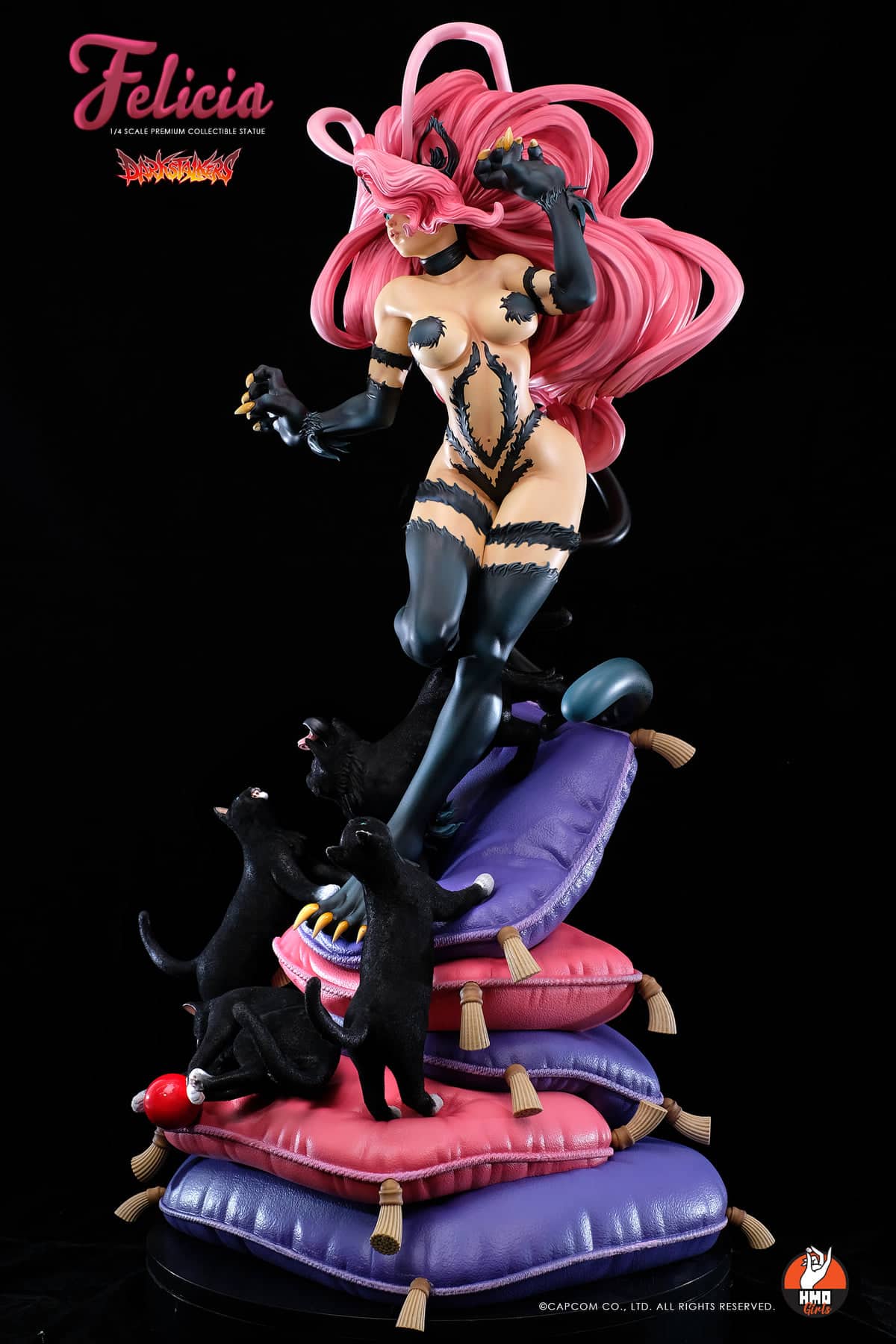 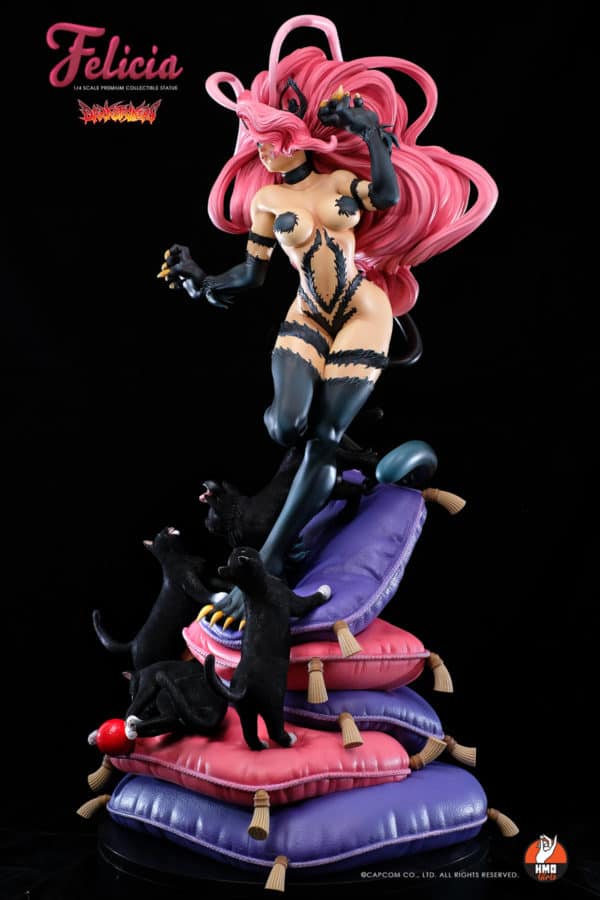 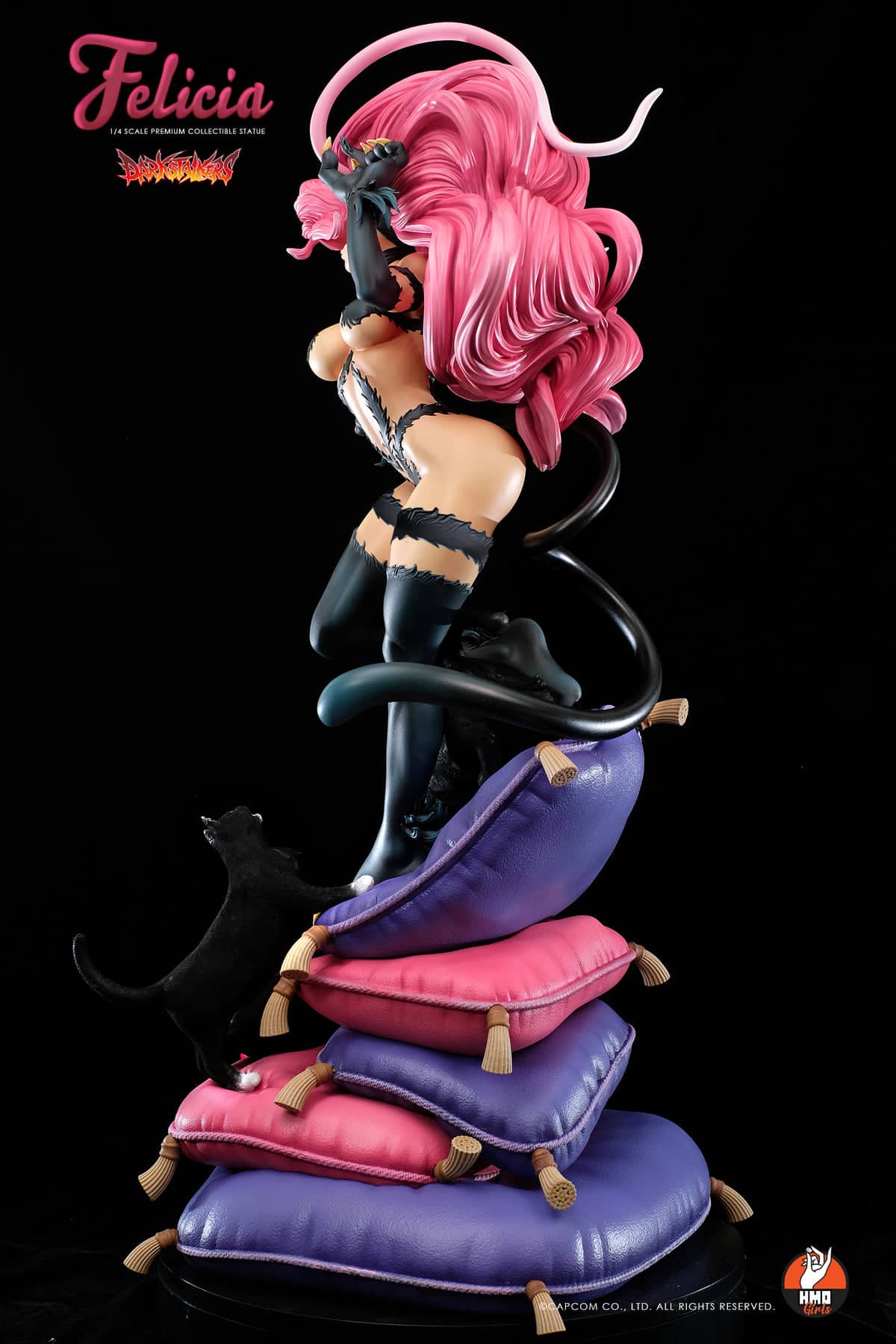 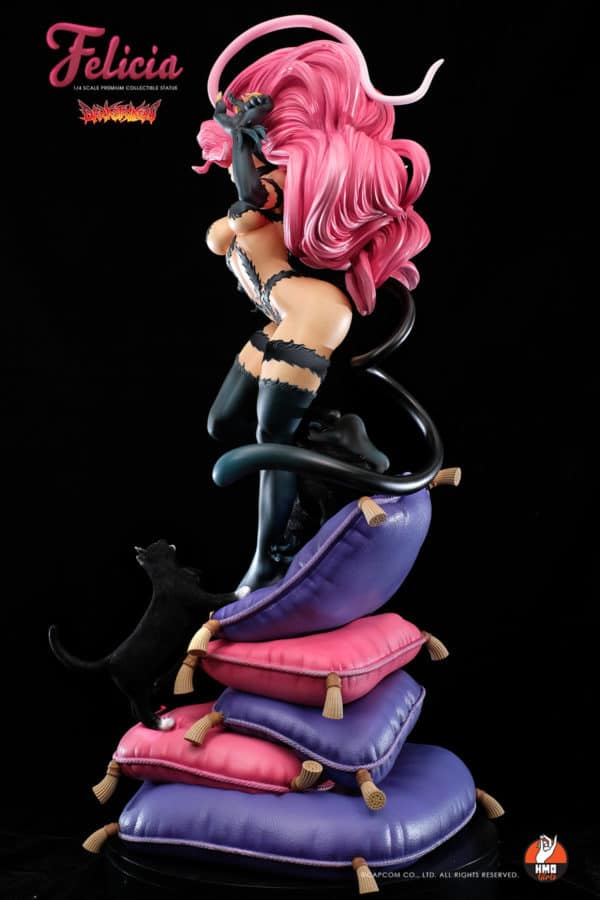 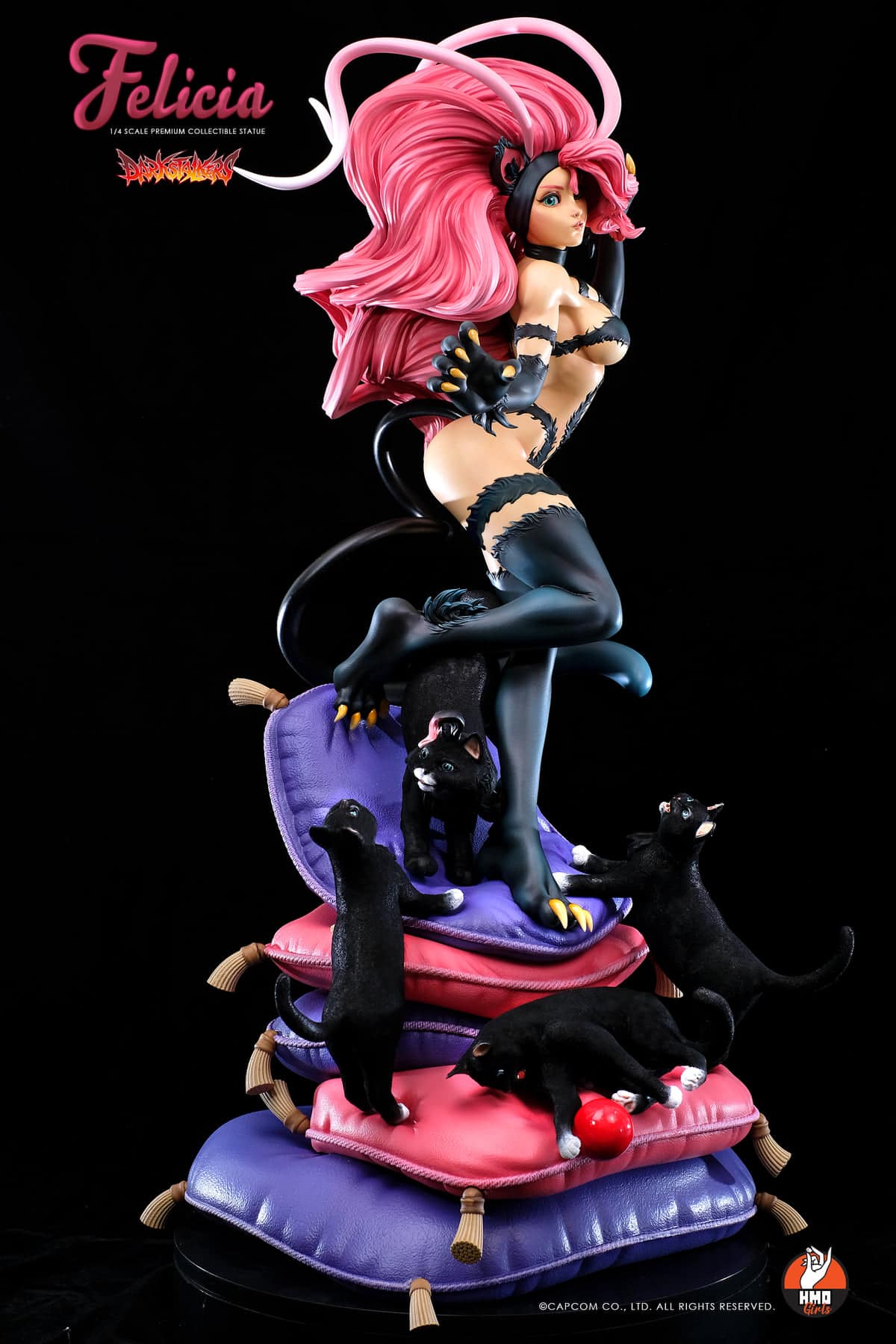 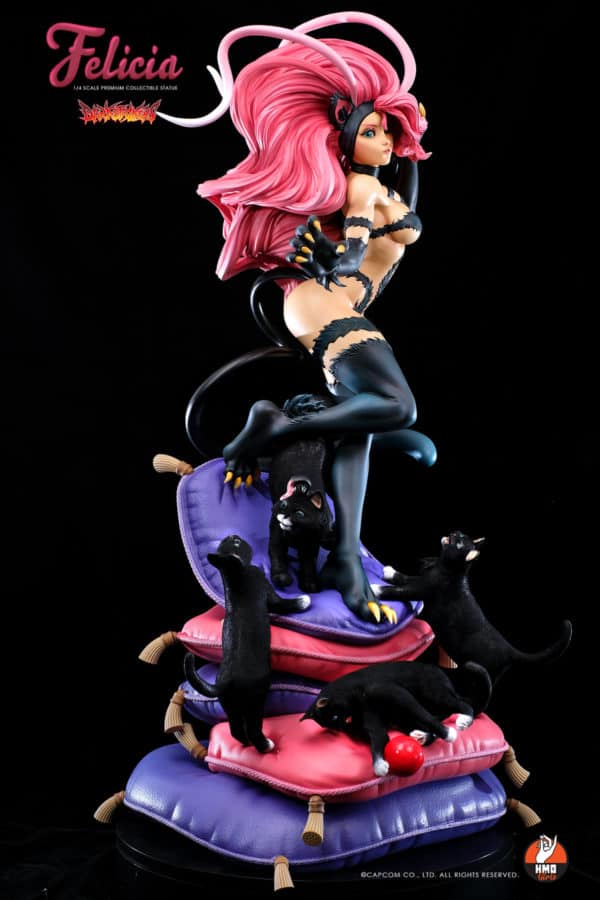 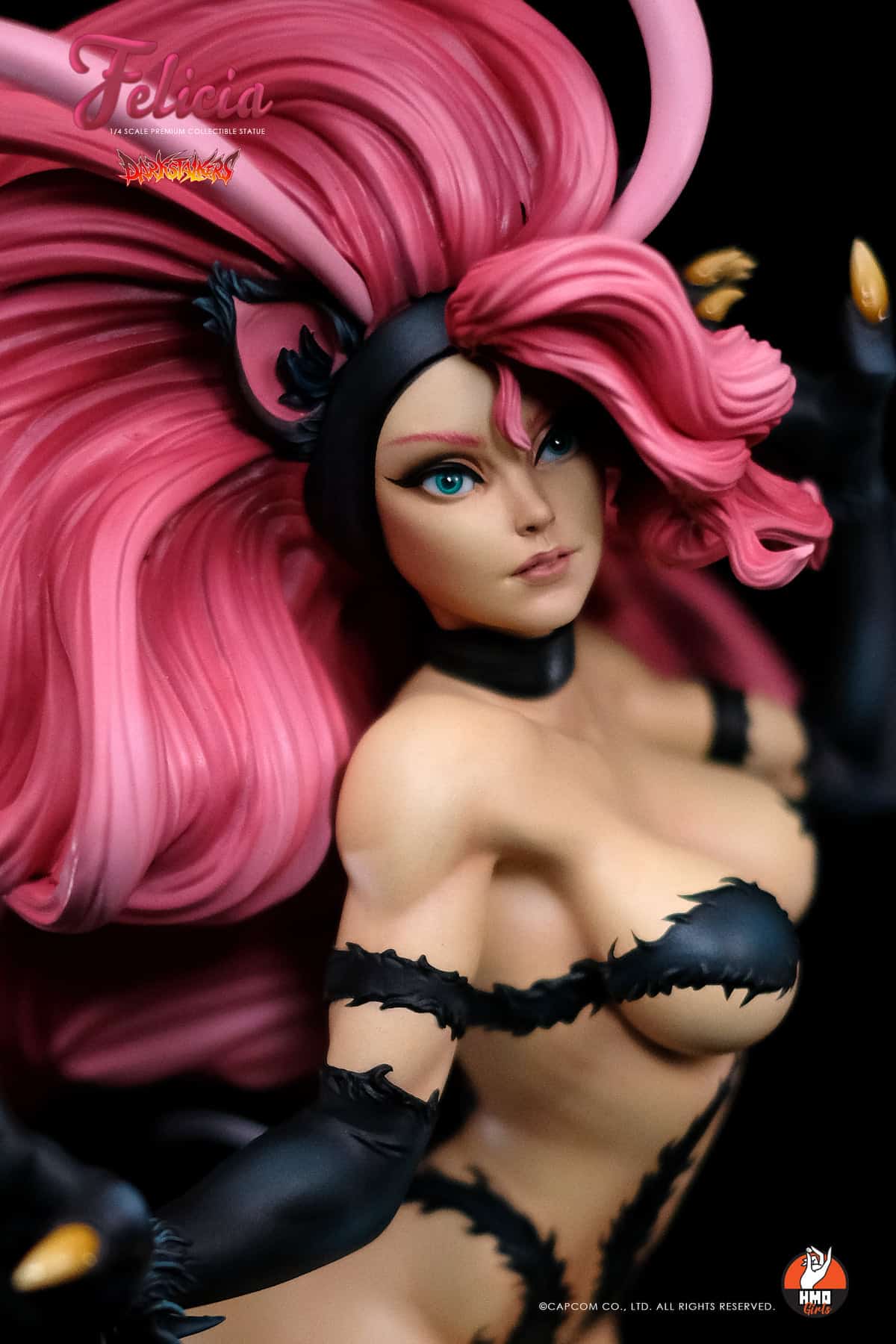 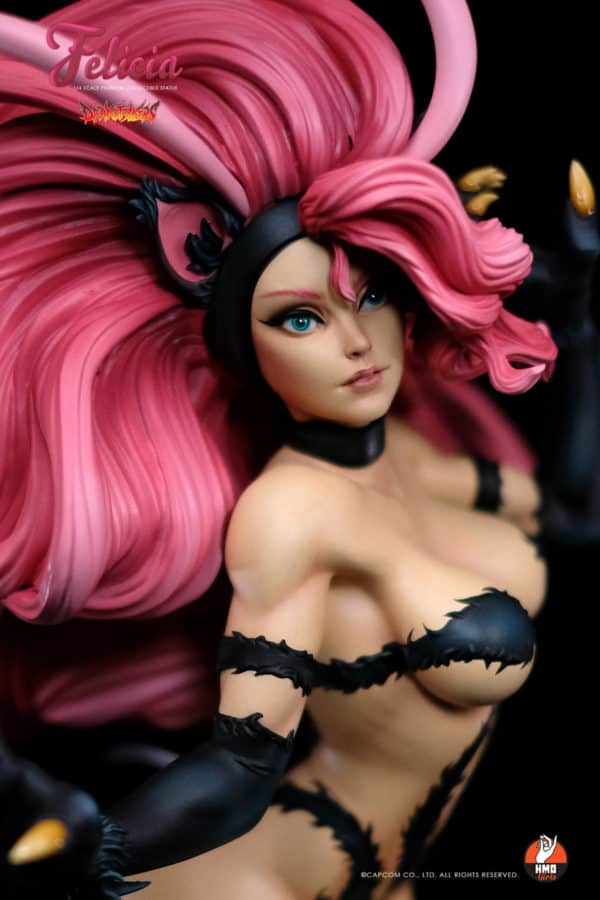 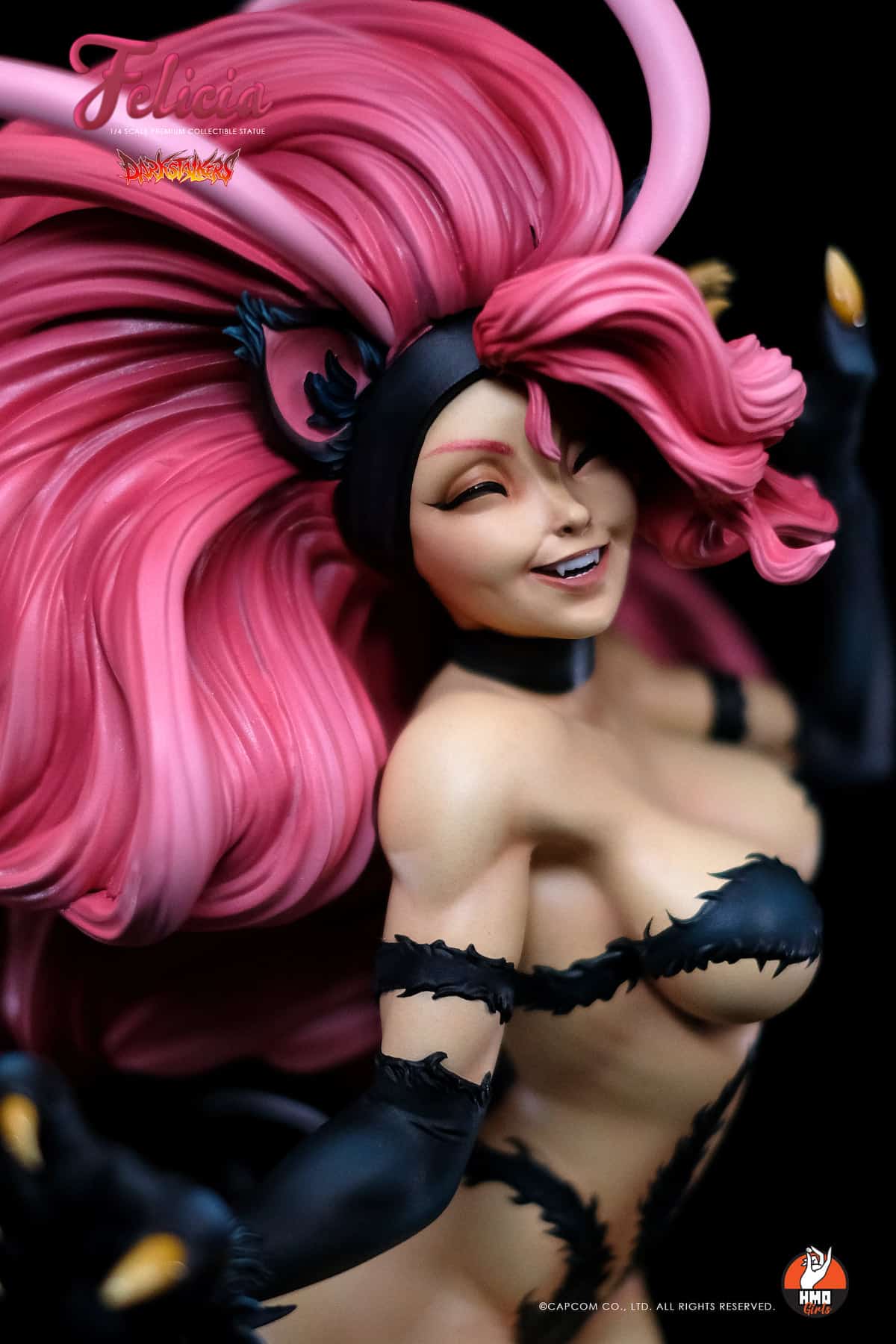 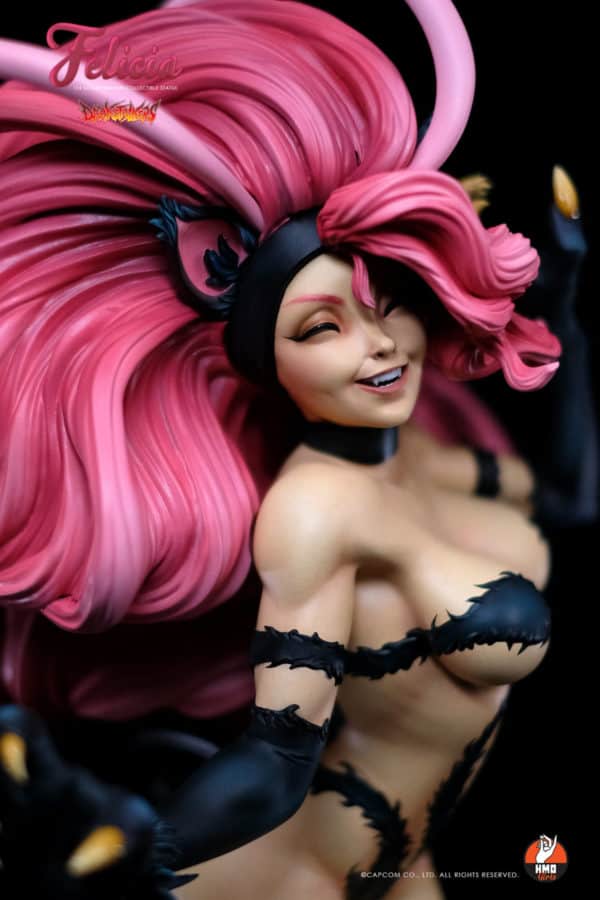 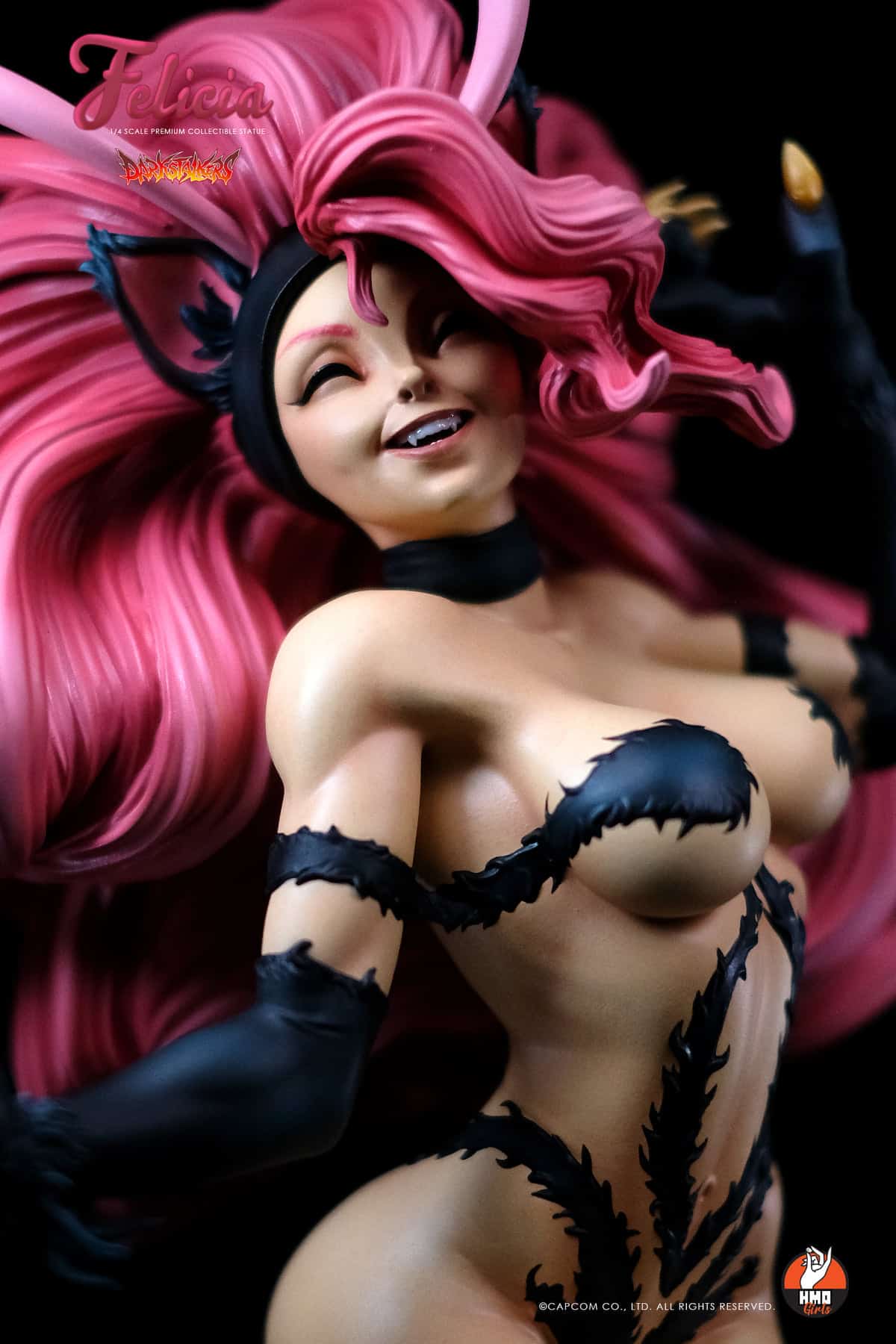 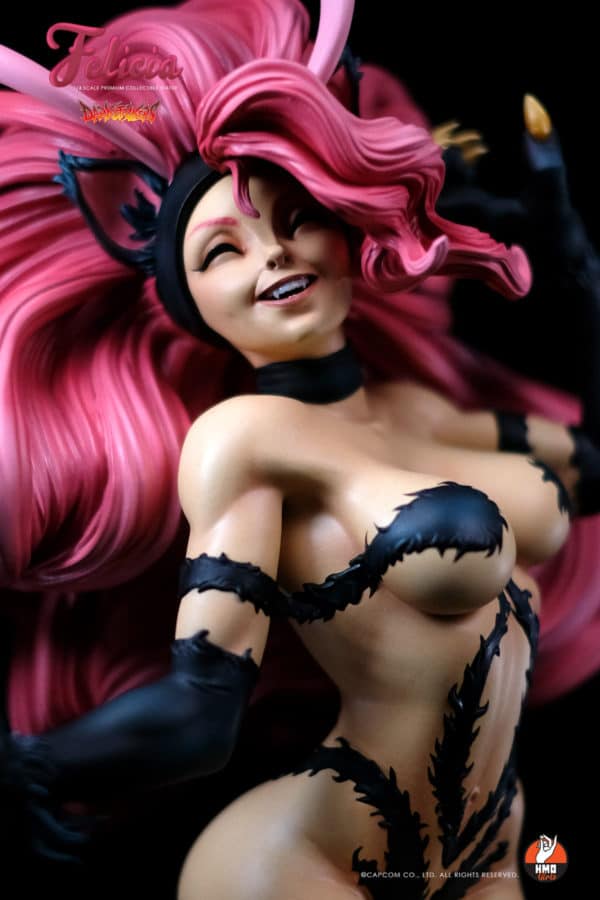 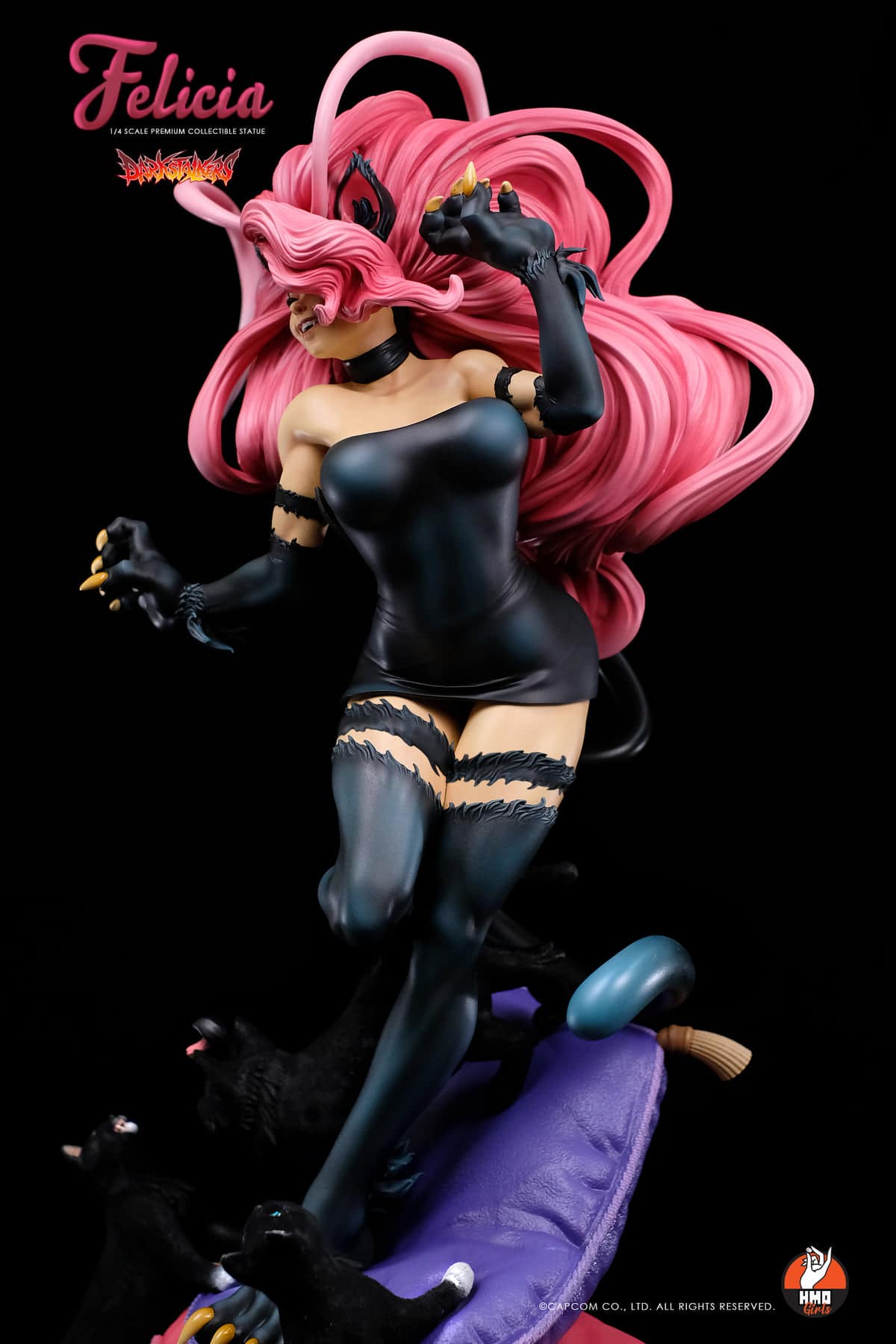 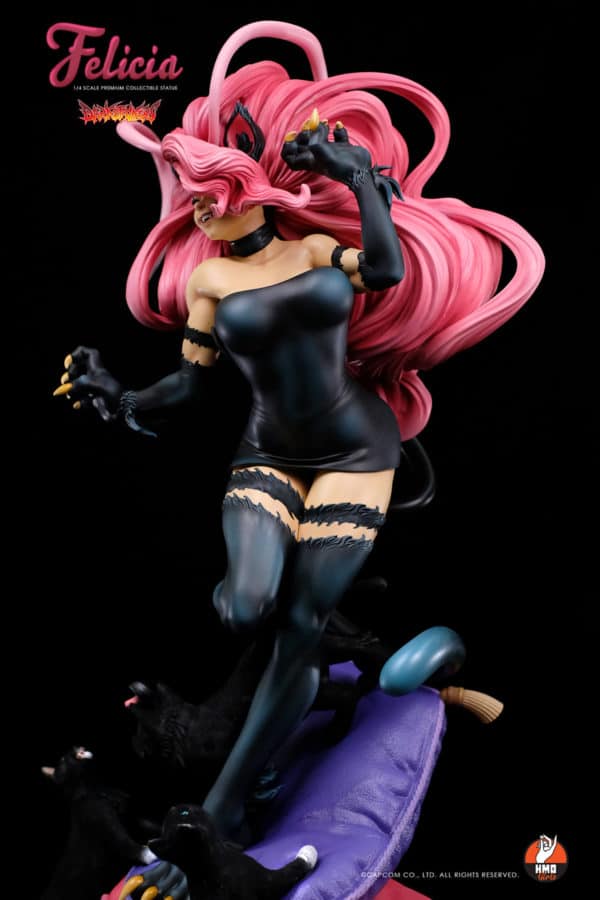 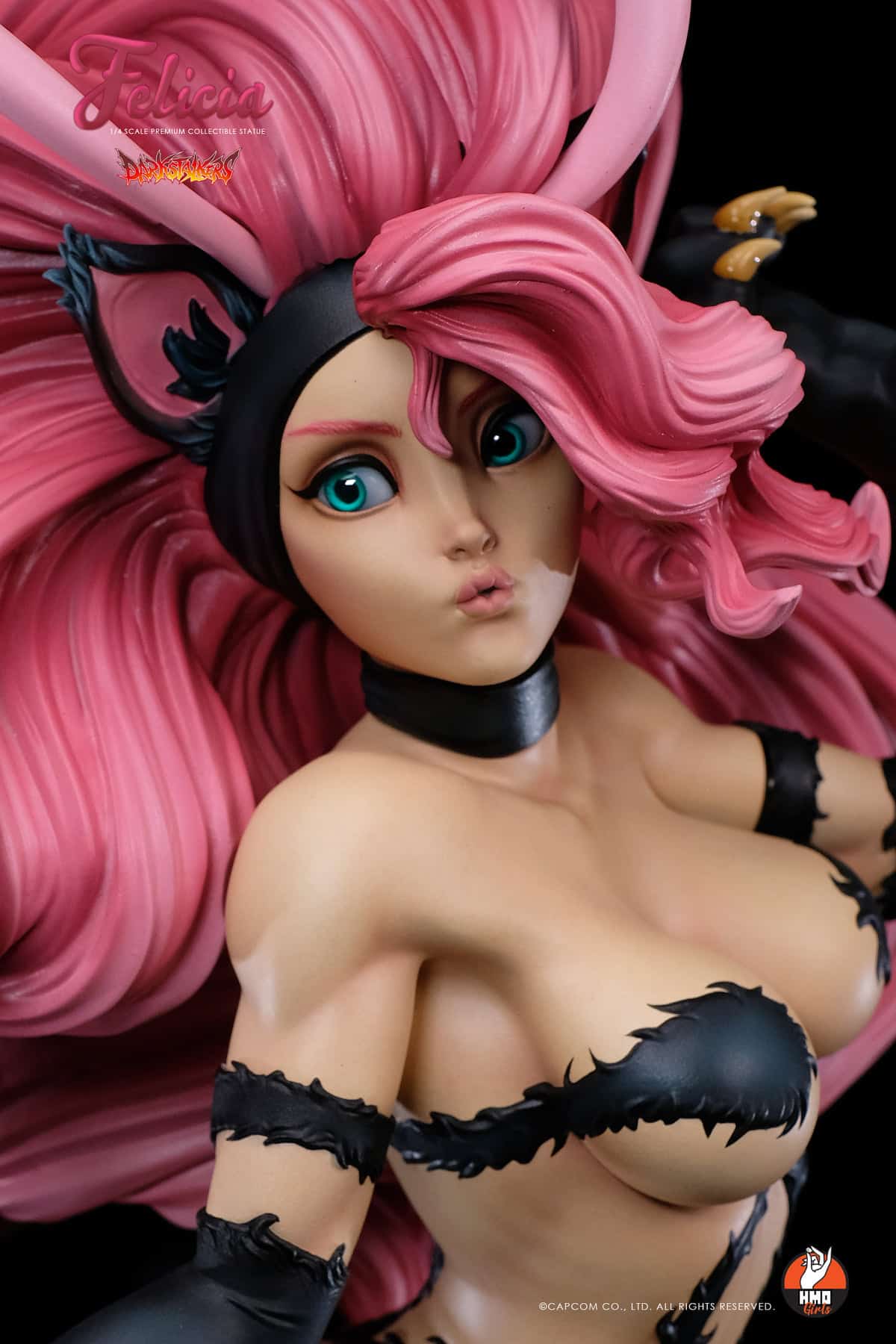 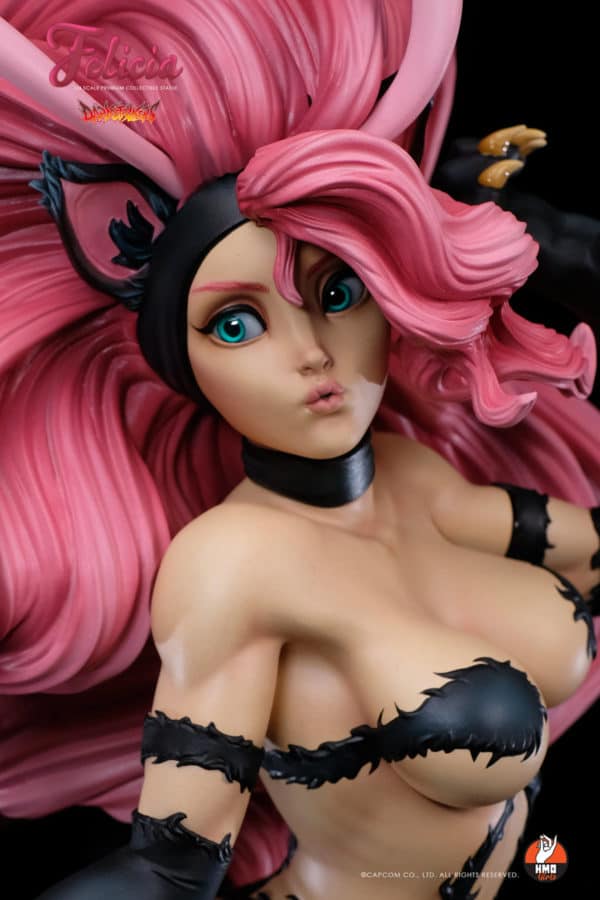 Description:
Felicia is a Catwoman who was taken in and raised by a Sister named Rose who gave her the name Felicia from the word Felicity. Despite her identity as a Darkstalker being exposed, she was not turned away by her as Felicia had feared. When Rose passed away, Felicia left her town hoping to be a musical star.

She knew that the outside world was not pretty as it was filled with much prejudice towards Darkstalkers for being different. Despite this, Felicia never lost hope, as she remembered what she was told before that one has to obtain happiness on their own. She wishes there to be a way for peaceful coexistence between Darkstalkers and humans alike. For that, she pursues her dream of becoming a famous musical star to serve as a bridge between the two races.

During her travels, she met many other Catgirls of her kind. With her newfound friends, she set out for her dream of being on stage. Eventually, she and her friends successfully started a musical with Felicia being the main star after being scouted by a talent agent.

In the events of Vampire Savior, she wondered how she could make others happy. In her ending, she constructed an orphanage named the ‘Felicity House’.

In 1967, the same year chosen as Felicia’s birth year, Edward Field wrote the poem Curse of the Cat Woman:

“It sometimes happens that the woman you meet and fall in love with is of that strange Transylvanian people with an affinity for cats.

You take her to a restaurant, say, or a show, on an ordinary date, being attracted by the glitter in her slitty eyes and her catlike walk, and afterwards of course you take her in your arms and she turns into a black panther and bites you to death.

Or perhaps you are saved in the nick of time and she is tormented by the knowledge of her tendency: That she daren’t hug a man unless she wants to risk clawing him up.

This puts you both in a difficult position– panting lovers who are prevented from touching not by bars but by circumstance: You have terrible fights and say cruel things for having the hots does not give you a sweet temper.

One night you are walking down a dark street And hear the pad-pad of a panther following you, but when you turn around there are only shadows, or perhaps one shadow too many.

You approach, calling, “Who’s there?” and it leaps on you. Luckily you have brought along your sword and you stab it to death.

And before your eyes it turns into the woman you love, her breast impaled on your sword, her mouth dribbling blood saying she loved you but couldn’t help her tendency.

So death released her from the curse at last, and you knew from the angelic smile on her dead face that in spite of a life the devil owned, love had won, and heaven pardoned her.”

*Deposit payment is required to reserve a slot.*

★ Production details might be subject to change without any prior notice.
★ Prototypes shown, final products may be slightly different.
★ Pre-Order might be cancel if MOQ are not met

NOTE: By Ordering With Collector Base Means You Have Understood Our T&C, Click Here For Information Of Our T&C

For international buyers, email support@thecollectorbase.sg with your full shipping address to get your est. shipping cost.