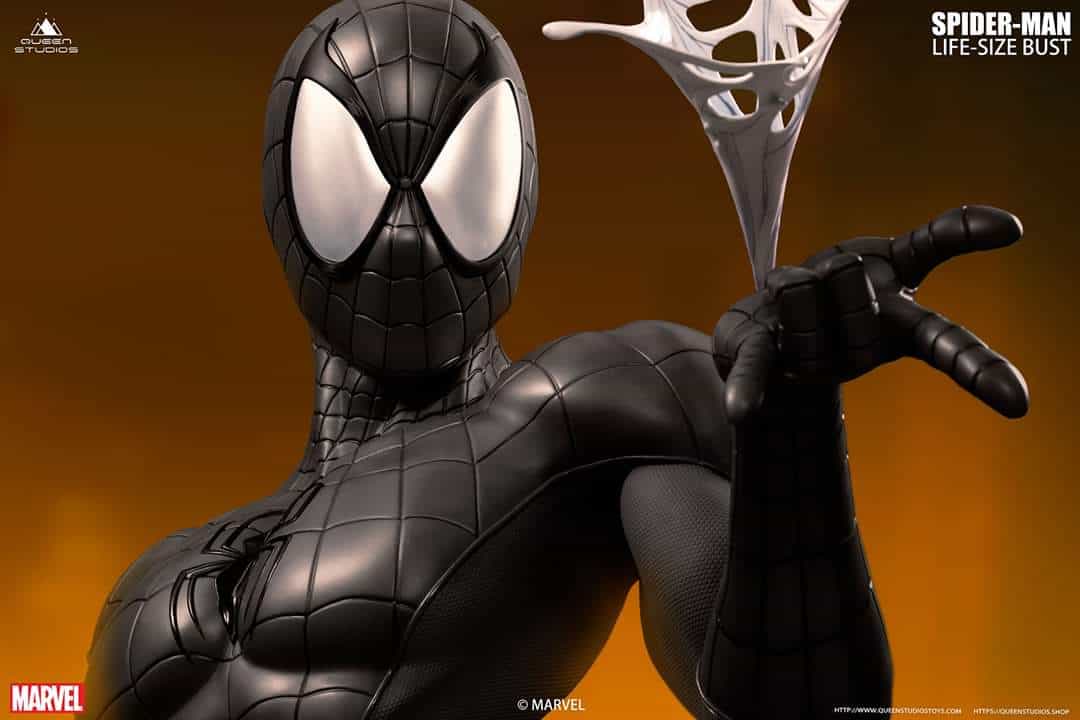 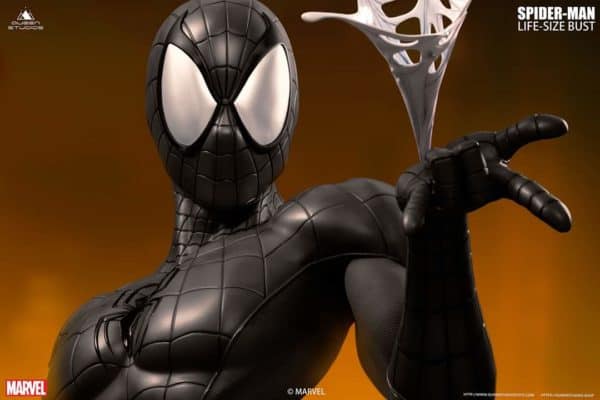 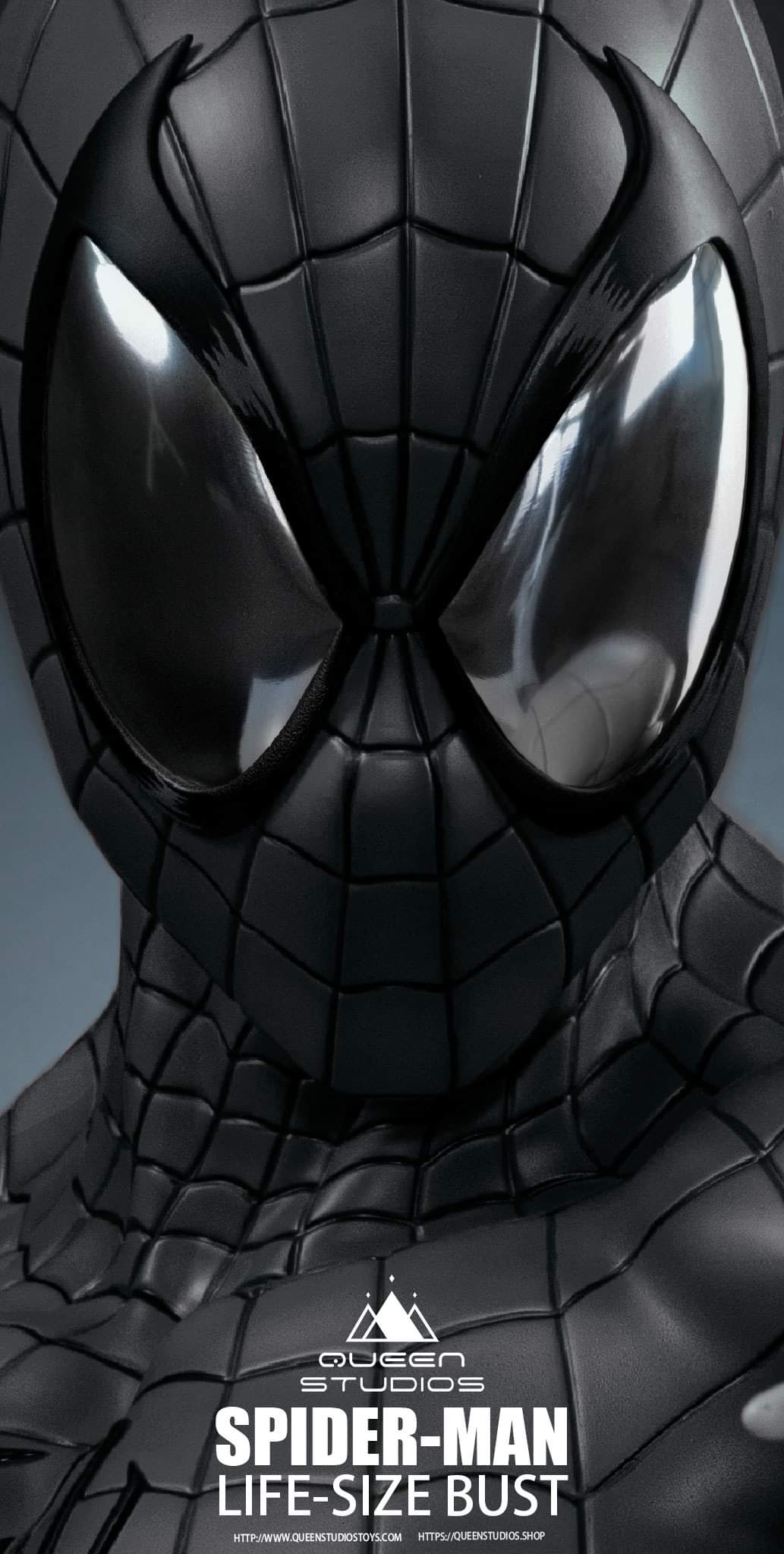 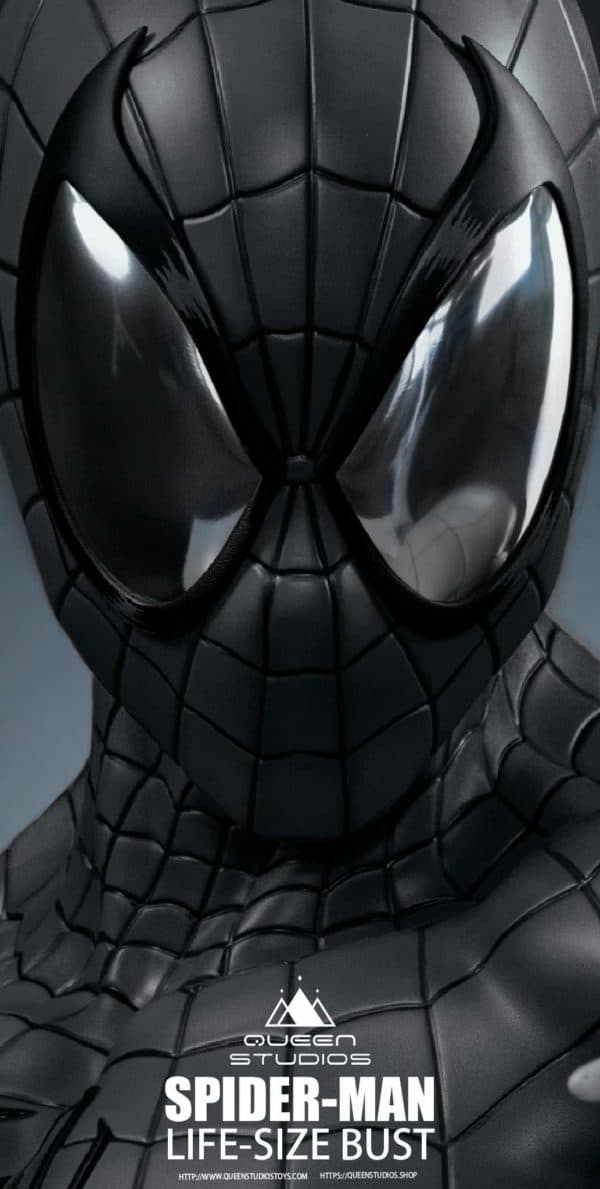 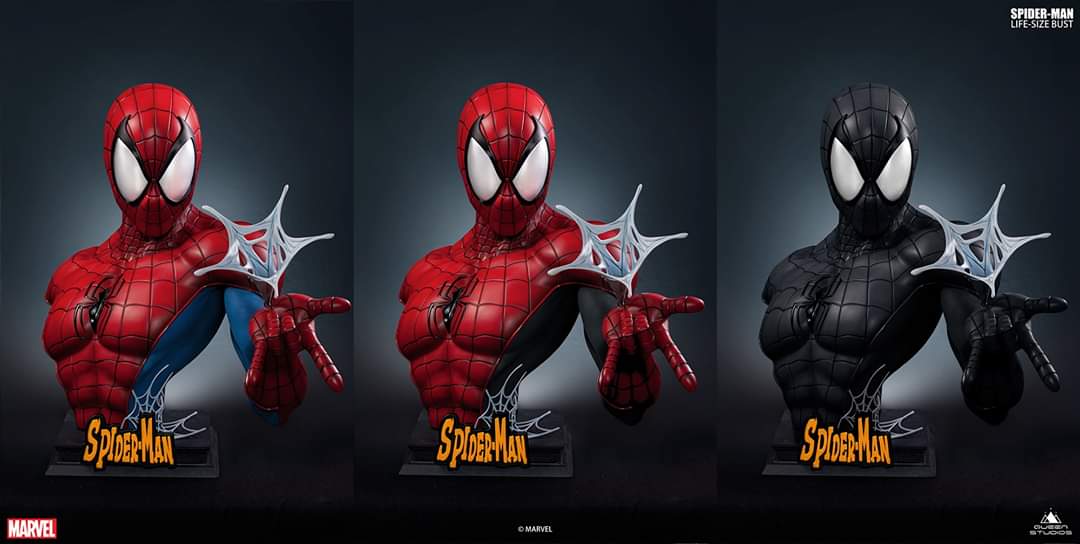 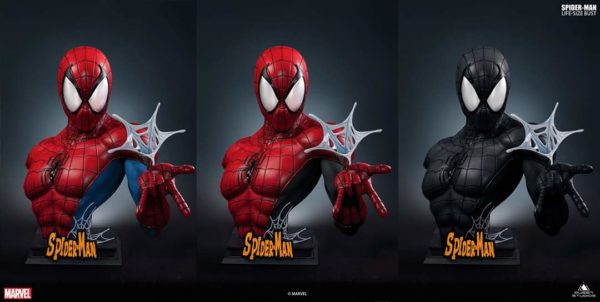 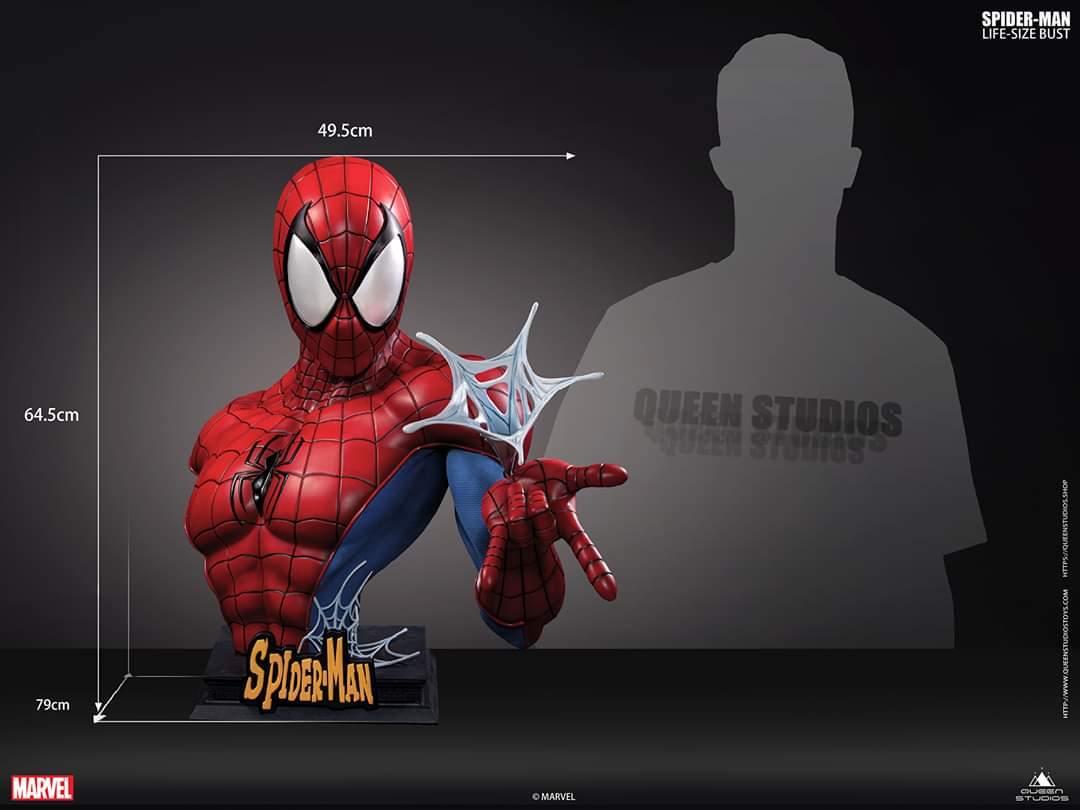 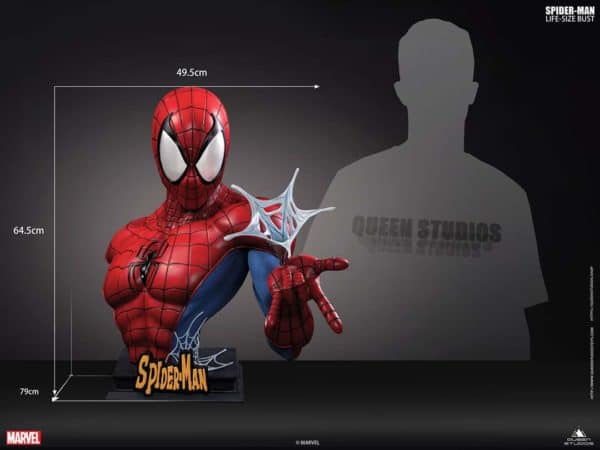 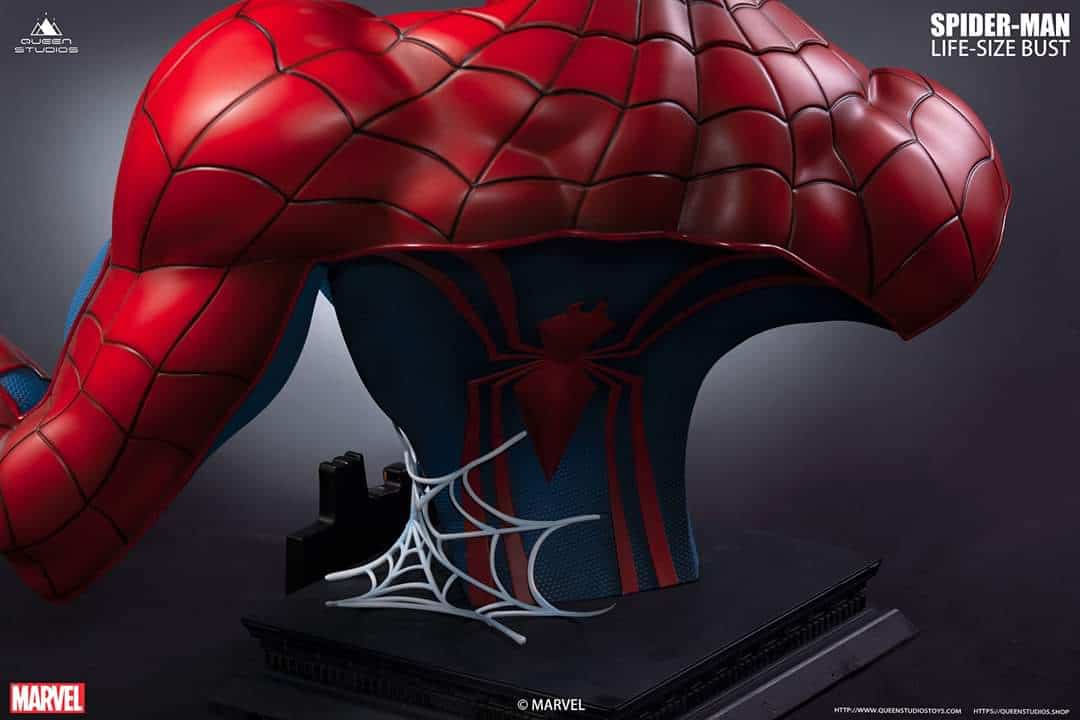 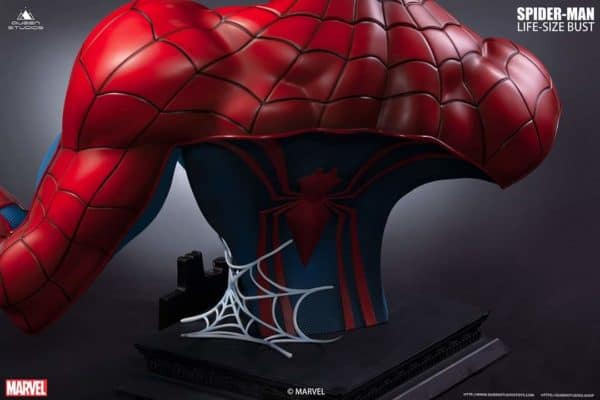 Item is ready stock and store at China Warehouse, will require time to ship over to Singapore if purchase.

𝐀𝐁𝐎𝐔𝐓 𝐓𝐇𝐄 𝐂𝐇𝐀𝐑𝐀𝐂𝐓𝐄𝐑
In 1962, the world was introduced to Spider-Man, the first teenage superhero in American comic book history. 58 years on, we’re all familiar with Peter Parker’s story. The young hero was bitten by a radioactive spider and later had to learn to juggle high school, hormones, and get to grips with his newly developed Spidey senses.

𝗔𝗕𝗢𝗨𝗧 𝗧𝗛𝗘 𝗕𝗨𝗦𝗧
The 1:1 Comic Spider-Man bust is made of polystone, and will come in three unique versions of the character: blue and red, black and red, and black.
Fans will be able to choose any color variation.

𝗗𝗘𝗦𝗜𝗚𝗡
The comic Spider-Man will be different to our earlier busts. As the bust is based on the comic book character instead of the MCU character, we’ve opted for more bold and eye catching colours with a comic style design.

𝗕𝗔𝗦𝗘
The base on the other hand is concise and simple. The grey colour represents the walls and floors that we see Spider-Man effortlessly crawl along. While the name plate looks more crooked and off center to look like the feature of a comic book cover.

𝗨𝗡𝗜𝗤𝗨𝗘 𝗙𝗘𝗔𝗧𝗨𝗥𝗘𝗦
In addition to the three colours, there will be three pairs of interchangeable eyes that can be effortlessly swapped out to give Spider-man different looks that represent his mood or mindset.

𝗜𝗠𝗣𝗥𝗢𝗩𝗘𝗠𝗘𝗡𝗧𝗦
Yesterday when we posted the first image of the new Spider-man bust, we received a lot of feedback on Spider-Man's webbing. After taking your feedback onboard we’ve decided that we will make more than one version of Spider-Man’s webbing so that you can choose which version you like and switch it out easily.

NOTE: Prototype was shown and pending final approval, the final product may differ slightly.
For international buyers, please write in to support@thecollectorbase.sg with your full shipping address to get your est. shipping cost